Had a good showing day at the South Kilworth Riding Club show on June 16- Hattie did not disappoint and we came home with a 1st in Ridden Veteran, 2nd in Style & Appearance and a 3rd in Best Turned Out as well as the Reserve Champ again in the Ridden Section. Unfortunately, I don't have any photos from the show but there are a few on the show photographer's website so you can see the sort of thing that went on that day.

We are supposed to be going to the Blaston Show this Sunday but am unsure as to whether to go or not now as I've been sick since last Saturday so am going to decide tomorrow depending on how I feel, as to whether we go or not. I've been looking forward to the Blaston Show as I've always wanted to go and one of the classes I had wanted to enter, Riding Horse, is an Equifest Qualifier. Maybe I will go and just do one of two classes and leave the qualifier, not sure though.

I got fed up with resting yesterday though so decided to ride in the afternoon. The yard owner and my friend, had set up jumps in the top field so decided to school a little and then jump as Hattie is always better schooling in the field than in the school itself. 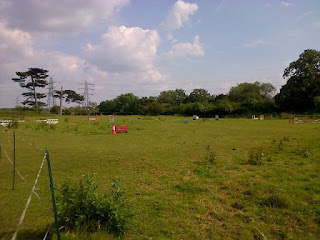 Hattie was quick and had to take off my spur and jumped all the jumps except one, which had been set super high. I figured all the rest were about 1'6"ish.

It wasn't until I got off at the end and looked at them on foot and saw that some were above my knee (then ran and got the tape measure), that I realized that one was 1'9", two were 2ft (well, one was 2ft and a bit)! 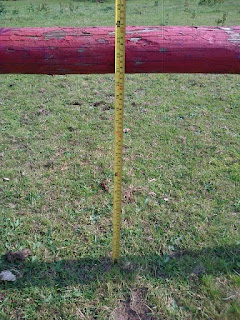 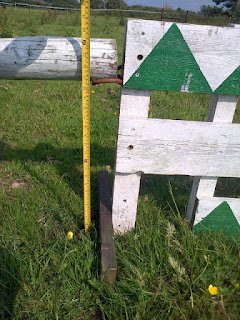 Hattie sailed over them and I was on my off-side side saddle. I know she definitely prefers jumping in that saddle and I didn't bother with a schooling whip, only had my cane. 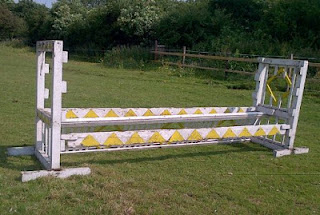 While jumping, I was having so much fun that I forgot how rubbish I was feeling although afterwards, I felt worse, lol. I don't know, however, what I'm going to do with my riding boots as the finish is wearing off on the outside of my left boot from riding on the off-side all the time. These boots are supposed to be my show boots for the odd time I ride astride or on the nearside. D'oh!!!! 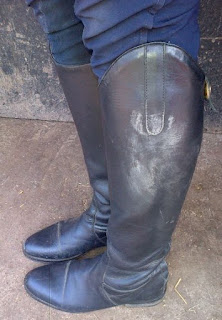