All This Jumping Malarky...

I didn't end up going to the Blaston show which was disappointing as there was another side saddle rider competing and according to a friend who went, there was a lady with a side saddle booth set up there!

I just couldn't face getting up early as I was still poorly and this lurgey still hasn't shifted off my chest but at least I don't feeling like the walking dead which is good, as I have the 3rd South Kilworth Riding Club show next Sunday to go to!

Well, since I have been feeling better this week, I have been alternating between fast galloping hacks out, flatwork and jumping on both my nearside and my off-side side saddles. I think Hattie and I have both become ambidextrous with side saddle riding now as now neither of us feel any different when swapping saddles, both sides feel the same. I find too, if I swap regularly, my right hip doesn't feel so bad . It still hurts but just a bit less.

I think though, that until I find a hunting weight off-side saddle, that most of my jumping will have to be done in my nearside Mayhew Lissadell which IS a hunting saddle. My off-side Beck, although it does have a hunting bar, was mainly a park saddle originally and with the age of it (115 years old!), I don't want to wreck it.

I nearly came off over the ducks during one of my attempts as Hattie cat leaped it but grabbed my leaping horse and yanks myself back. Thank goodness for leaping heads! 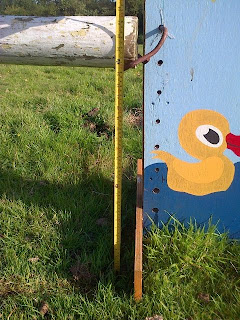 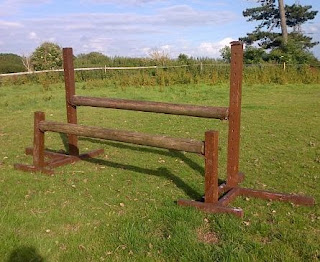 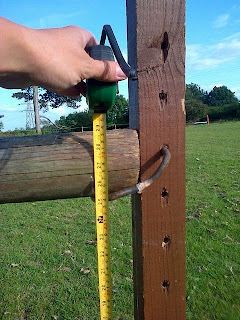 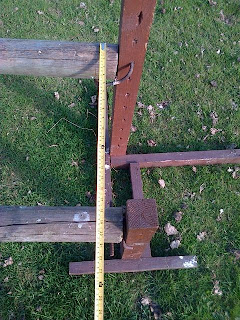 We demolished that jump a couple of times but got over it a few times unscathed too. I think though that I need more practice before attempting those "dizzying heights" again BUT I have noticed this week that I am no longer afraid of jumping 2' and our 2' jumps are becoming easier and more fluid on both reins and in both sided saddles. I just needed to attempt those higher jumps for my own sanity and to snap me out of being scared, to show myself that I CAN do it.

I'm not going to rush myself but just build up slowly as we get more confident!
Posted by sidesaddlegirl at 10:48