All the Empress' Horses

I was googling the Empress Elisabeth and came across the Dorotheum auction house website which featured the Imperial Memorabilia Auction which was held on June 6, 2011, that featured a number of the Empress' personal belongings and memorabilia. Of interest to us side saddle riders, was a pair of unworn riding tights made from fine knitted silk with flat seams which measured 50cm (approximately 20") around the pink silk waistband.

According to Dorotheum, they "were originally made by Joh. P. Winkler, purveyor to the imperial and royal court, and retained by him as a memento. Ordered in 1889, the tights were never delivered following the Empress' assassination."

I think the website may have made a typo with the date as the Empress was assassinated in 1898. 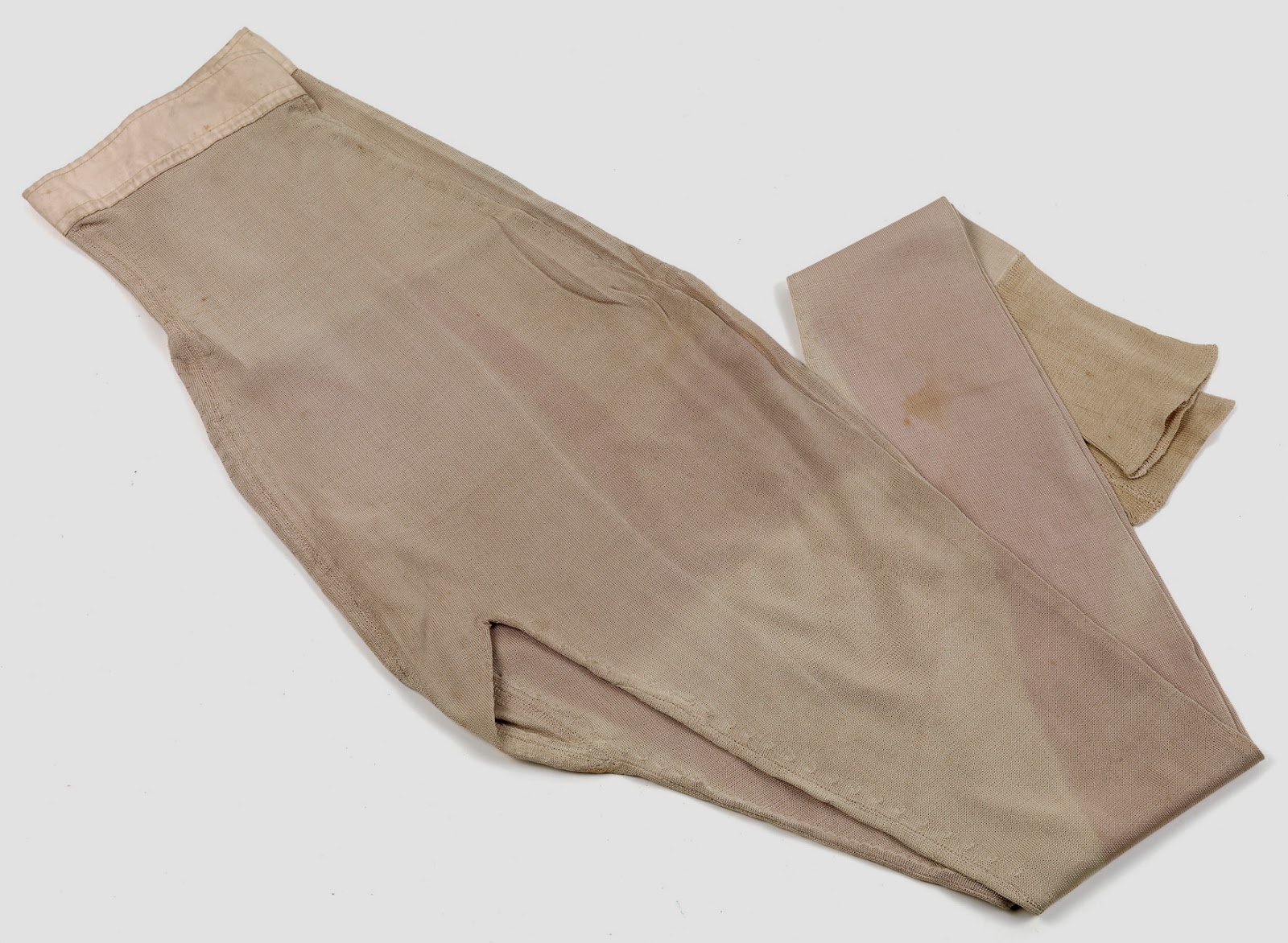