Hattie is starting to get better, her walking is becoming more freer and forward and she actually trotted the fence line today in the dirt paddock without any head bobbing or limping. She is going to stay in the dirt paddock until Monday and then I will see if she is ready to go into the summer paddock with the rest of the mares. I don't want to put her in there too early, get excited when she sees the new grass, starts galloping around like a loon and injures herself. Fingers crossed that she is def on the mend.

Meanwhile Possa has been doing some more side saddle work. We went for a little hack down the lane yesterday as it was gorgeous weather, too nice to school really. I've hacked out with her but never hacked her out on my own but apart from a few moments when she saw her shadow and then later on, a coffee cup on the floor, she was fine. We even had a couple of short canters on the grass verges. Towards the end of the hack when we were heading home, Possa starting accepting contact and quietly chomping the bit rather than going around with her head up like polo ponies do. She was using her back and bringing her head down and staying on the bit for short periods at the walk. As long as I have known her, she has never worked on the bit, it's always been "go fast after the ball". We have been doing suppling exercises to help her with polo so it seems that we are on the right track and that she actually likes the side saddle!

I decided to change girths and not use Hattie's combination girth and Possa does not have any problems with saddles sliding around or moving on her. Instead, I used a separate three buckle three fold girth and balance girth and she was fine with it. Although the saddle fits her quite well despite not being fitted to her, I find with the separate girths, it just keeps it that little bit more stable and perfect until the saddler can come out and fit it exclusively to her. It just needs lifting up ever so slightly under my right thigh, maybe one shim, that's it, other than that, it's perfect! Hattie has 3 saddles already, Possa can have the Champion & Wilton. 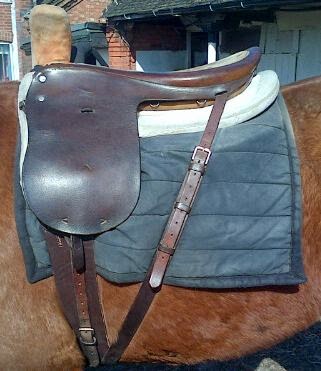 I have also discovered that I ride better with a Queen on my Champion & Wilton when it is on Possa than when it is on Hattie. I don't know why, maybe because it needs lifting slightly under my right thigh? It will be interesting to see if I still need the Queen on my C&W after the saddler puts a shim on the wykham. 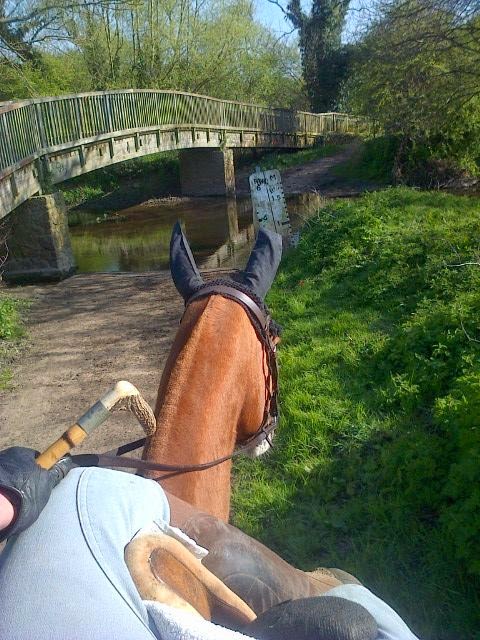 Unfortunately, we couldn't do any side saddle work today as yesterday afternoon, Possa got bit in the field on the back by another horse causing a large welt to come up on her back. It's quite raw at the minute so we'll have to wait now until that heals up!!
Posted by sidesaddlegirl at 18:35