Hattie and The Megan- A Winning Combination! Part Two

You know when you get a saddle that just clicks and everyone is happy, horse AND rider? Well, the two shows we've gone to this month with our new saddle have proved that Hattie really likes it and that it was money well spent.

We went to the Diamond Equestrian show on May 4 and Hattie did brilliantly coming 2nd in Best Turned Out, 2nd in Riding Club Horse and 1st in Style & Appearance. 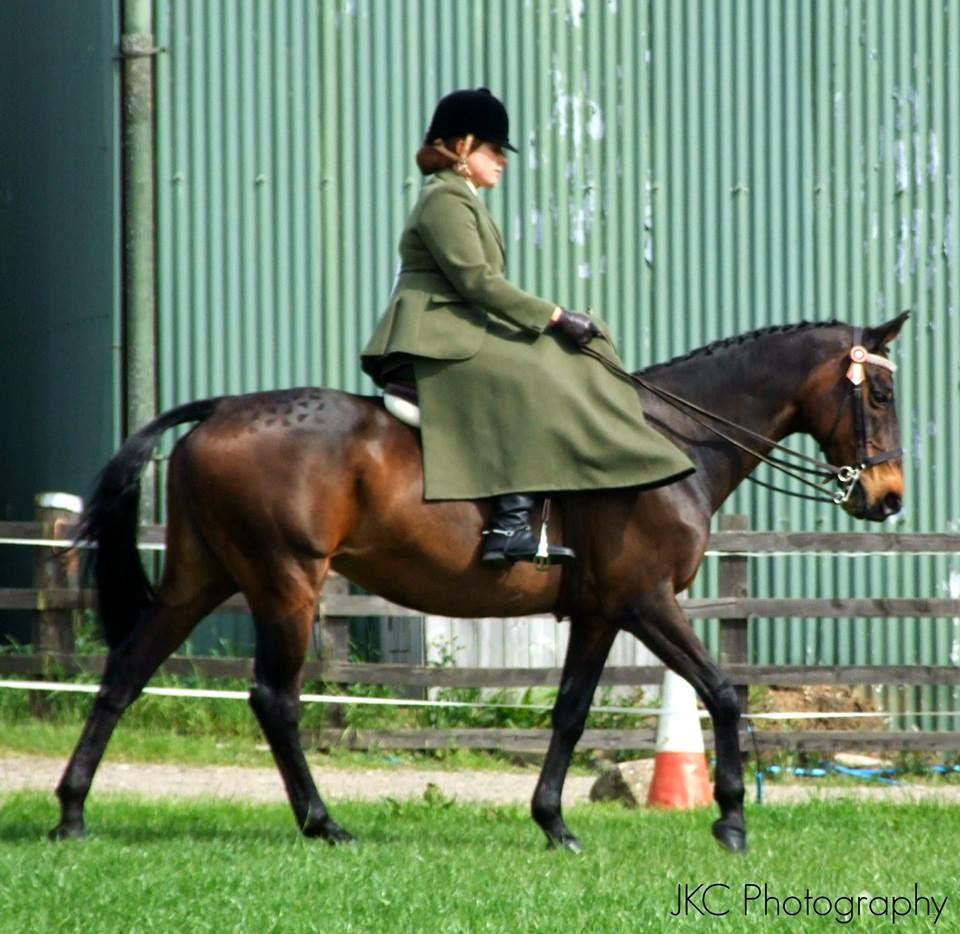 Note look of terror on my face as we jumped. We really aren't jumpers but if we can get over the small jumps in the Riding Club Horse classes at shows, then I am happy. It would have helped if I had hooked down the flap too! 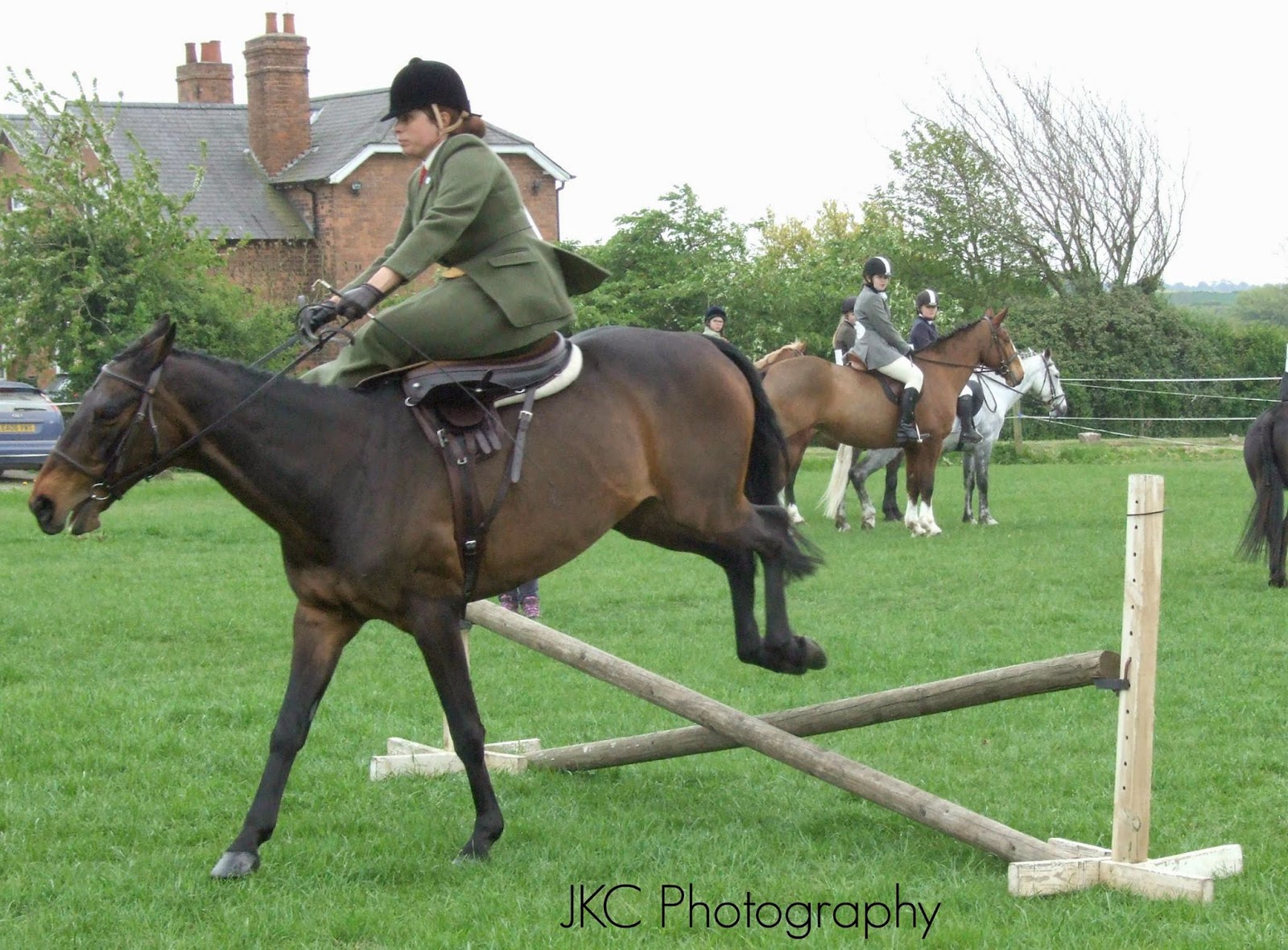 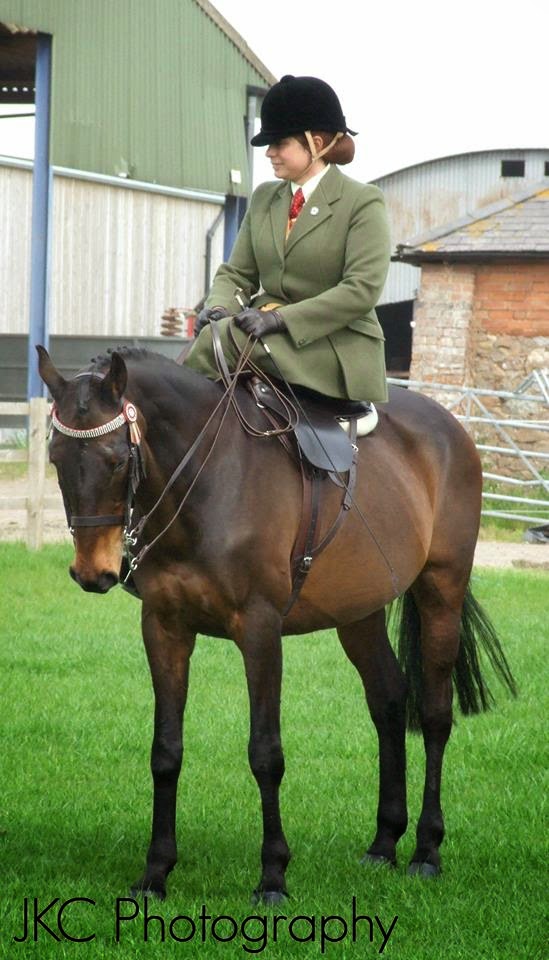 Then on May 11, we went to the first South Kilworth Riding Club show of the season and Hattie was amazing once more!! We came first 2nd in Best Turned Out, 2nd in Ridden Veteran and 1st in Style and Apperance. She did lovely rolling transistions that were dead on, worked well across the back and was working softly on the bit. We also did Prettiest Mare in the fun showing ring as we had a long gap between classes where she came 1st again and did two rounds of clear round jumping at 1'3"- 1'6". The first round we got one pole down but the second round, we went clear so that was good. I wasn't really expecting much at the jumping but just did it to kill some time.

Because we came first and 2nd in our classes, we were automatically entered into the Champion class at the end of the day against all those who had received 1st and 2nds as well and again,. Everyone had to go around together at a walk, trot and canter and then do an individual show and Hattie did not disappoint with her rolling transitions and we won Champion!

Hattie taking a break between classes and eating her banana... 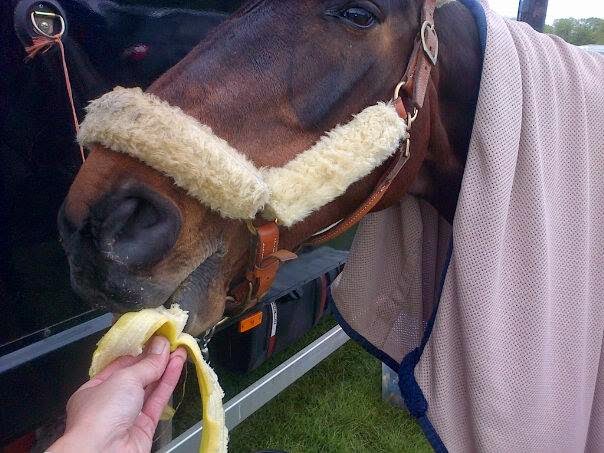 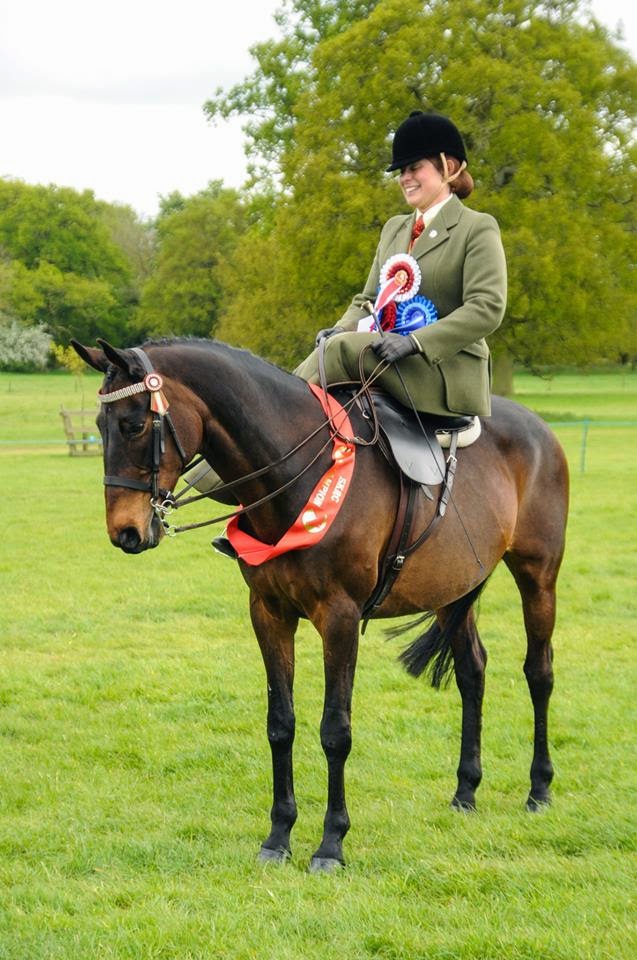 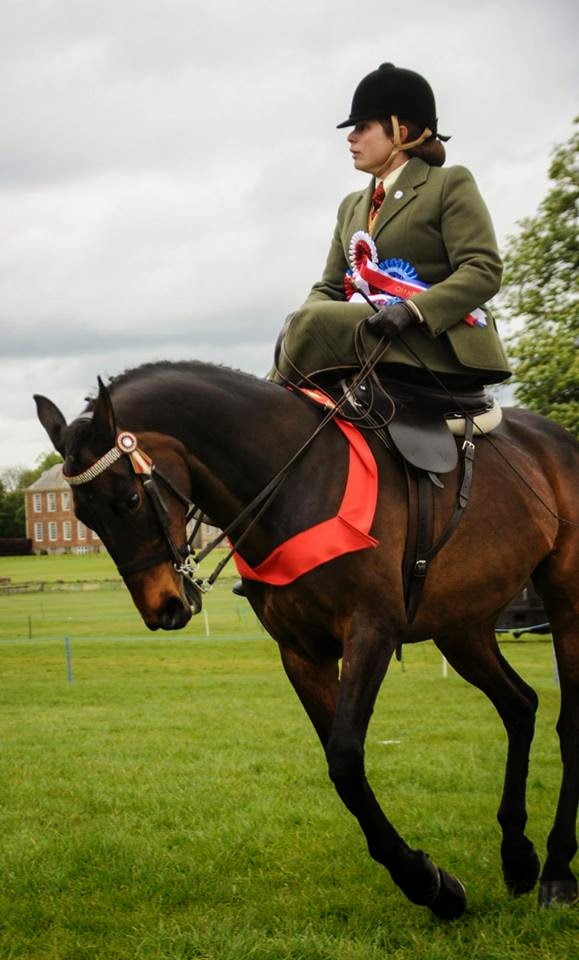 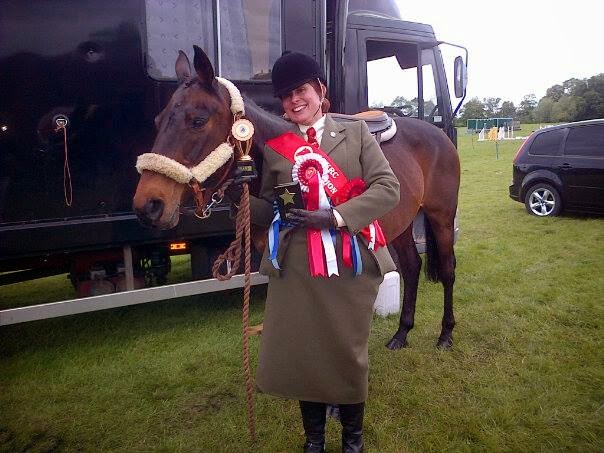